Continuously strive to deliver premium value to our clients by providing them with the highest quality products and services and following a strong customer oriented approach.

SCII is committed to providing unique products and services that make a positive impact on our client’s business. We will always help our clients win by offering fast and cost-effective products and services with continuous support and maintenance. We value our staff, encourage their growth and motivate them to make a mark in the IT sector. At SCII, each of us is personally accountable for delivering on our commitments to all stakeholders, including our clients.

At SCII we develop creative products and services that directly answer the needs of our clients who bear testimony to the quality of our work. We offer simple but powerful IT solutions and services in areas such as business intelligence, web design and development, customized business applications, e- commerce, remote network monitoring and training.

Having experience of successfully working in India for Japanese companies gives us the edge over others in training individuals to become Global Engineers who have the ability to work with people of different backgrounds.

Our R&D work in latest technologies is geared towards enhancing our clients triumph in their business. We achieve this by working side-by-side with our clients and doing in-house research with reputed universities to find solutions using Artificial Intelligence, Machine Learning and Data Analytics.

SCII was established in India in December 2005 to service our Japanese clients. We give clients the advantage in terms of the technologies used and pass on any cost benefits gained by the decision to outsource the work to India. We are a 100% subsidiary of System Consultant Co. Ltd (KSC) in Japan and proud of the commitments we make and will stand by clients till the very end. 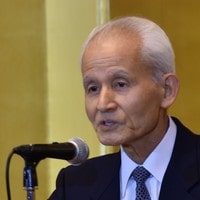 "I've been running a company for over 50 years and looking back, I feel that I was lucky in many situations. To be lucky, it is imperative to think positively. In business, you have to constantly do things differently before anyone else. Sometimes the results may not be immediate. Even so, it is important to always work positively with conviction."

"On a global scale, companies (including the IT industry) are entering a revolutionary era in which conventional wisdom does not apply. In this context, SCII employees have a motto of " Think and Act". I believe that there will be continual growth and progress ahead for SCII employees." 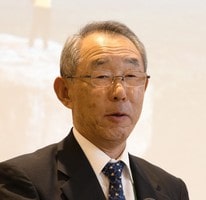 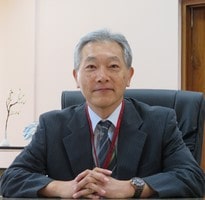 "At SCII, we strive to deliver products and services that enhances the competitive advantage of our clients and bring them new value. I believe that SCII is not just a place to work, but a place where we come together to enthusiastically foster our dreams and ideals. The skills that we have today will not be a solution tomorrow. We will do our best to relentlessly pursue a wide range of knowledge and experiences to provide relevant and up-to-date solutions for our clients." 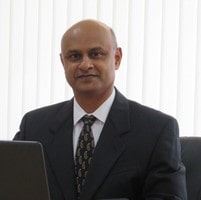 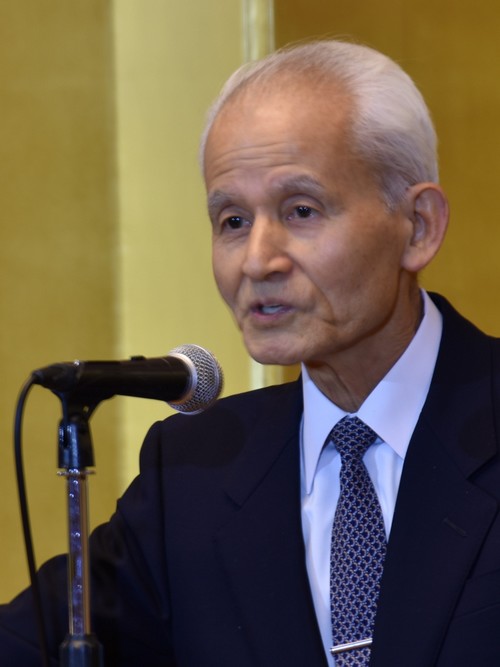 Mr.Katsuhiko Ushiroda, after graduating from university, engaged in the production of prototype models at a major precision equipment manufacturer. Through interactions with subcontractors, he learnt the art of moving people to action. Later he transferred to a Sales and Marketing position, and cultivated the necessary marketing skills for Management.

While deliberating about the future, he quickly realized the potential of computers, and in 1968 he established System Consultant Co., Ltd., whose main business was computer operations management and data entry. The company engaged in operations, administration, accounting, and various other business processes, laying a strong foundation for the company’s future growth that has continued till today.

In the fourth year after the company was established, he started a data entry business base in Taiwan and experienced overseas business expansion. Having always been prepared for unexpected situations, Mr. Ushiroda’s skills overcame the crisis that rocked the industry after the Japanese bubble economy burst. During that time, the business entity shifted to open system development business and in-house product development business.

In 2002, he decided to enter the Indian business taking full advantage of pioneering into a new market. SCII was established in 2005 and Mr. Ushiroda assumed the role of SCII President.

The company’s management philosophy since its founding is "don’t chase rainbows" and "low cost management". He believes that it is important that one leads by example, and he pursues frugality in public and his private life. 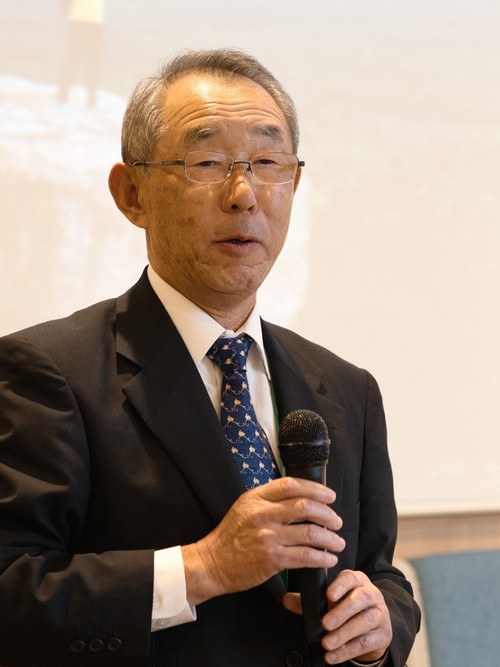 Mr. Tatsuto Kodani joined System Consultant in April 1970. During his tenure, he has worked across a wide spectrum of departments in the company, which has given him a comprehensive experience and holistic perspective in managing the affairs of the company. He has managed various operations in the company such as System Operation, Data Entry Department, System Development, Sales, Employee Recruitment, and Business Planning. Presently Mr. Tatsuto Kodani is an Executive Director and is involved in the overall management of the company.

From his vast experiences, there are two major contributions in the evolution of Information Systems worth mentioning.
1. Soon after Japan’s bubble economy collapsed there was a major shift from mainframe computers to open systems and Mr. Tatsuto Kodani played a pivotal role in the company in the midst of this revolution.
2. In recent times, Mr. Tatsuto Kodani has made it his mission to work ardently in bringing Digital Transformation Flow, the DX into the company.

Since 2016, Mr. Tatsuto Kodani has been involved in the management of SCII and is working with Indian Engineers to make SCII the pride of Tumakuru. His motto is to "Think Big, Start Small" to flourish in the business world where no one knows what may happen next, seizing the moment and looking to the future with a sense of anticipation. 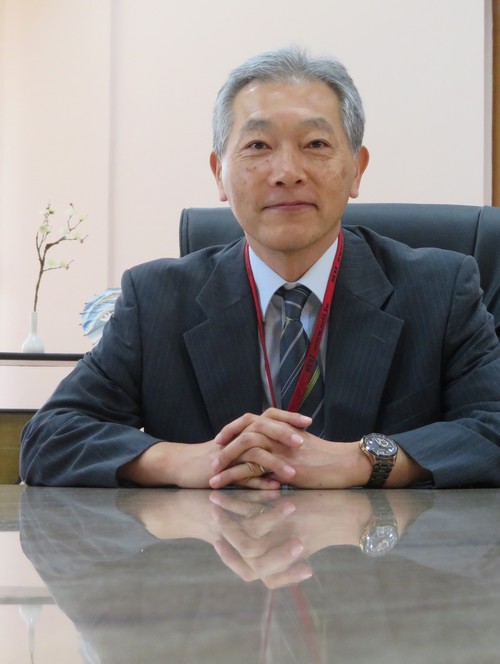 Mr. Junichi Kamiyama joined KSC in 1984 as a communication control / PC related engineer. In the early 1990's he was engaged in research and development linking Microsoft Excel and databases and in 1992 played a crucial role in the planning, development, and launching of Excellent, a Business Intelligence product of KSC. Subsequently, he was in charge of product planning and marketing for KSC’s suite of Business Intelligence (BI) products, including products such as WebQuery which is widely used by Japanese Corporates.

In 2009, heeding to client requests for a global BI product, Mr. Junichi Kamiyama initiated a project with Indian engineers of SCII, planning a global BI product (Canvas). Using his knowledge and experience of the Japanese market gave valuable inputs in the development of a global product that is widely used today.

Assigned to India from September 2013, he has been actively involved in the day to day management of SCII, hiring SCII employees, training engineers, and supporting system development. He has been instrumental in launching the Global Human Resource Development program for customers.

In June 2019, Mr. Junichi Kamiyama assumed the office of Director of SCII and continues to the present. 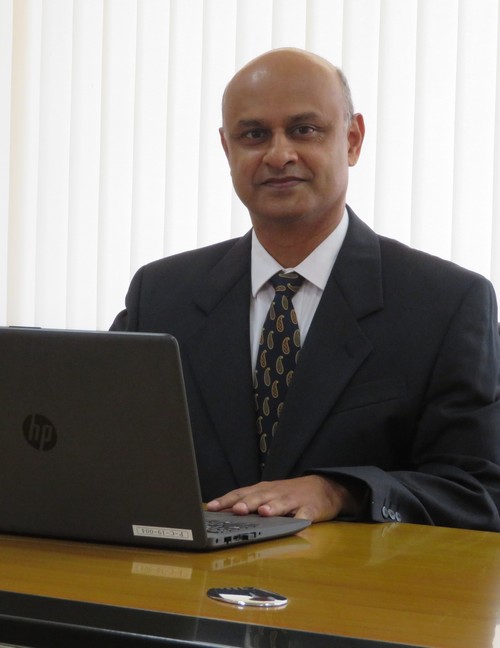 Mr. Alexander C Varkey, is a Graduate in International Business Management and Economics from a renowned university in Tokyo, Japan, having around 35 years of experience in the Service industry. An experienced Chief Executive Officer with a demonstrated history of working in the information technology and services industry. He has served as a member of various Governing Body Committees and has provided consulting and support to several Japanese organizations to set up their operations in India. He has visited over 20 countries and is very comfortable working in multi-cultural environments, making full use of his Japanese language skills ensuring Customer and Stakeholder satisfaction.

Mr. Alexander C Varkey joined the company in 2003 and was entrusted to start the offshore business including out-sourcing software development to Indian Engineers. In 2005 he was delegated to set up SCII as a registered Offshore Development Centre of KSC in India. In 2006 he was instrumental in managing the purchase of land and construction of the SCII Development Centre at Tumakuru that was inaugurated in February 2009. As the administrators of the city and the suppliers of human and intellectual resources, local government bodies and universities are indispensable partners for our growth. He has constantly promoted our relationship with them through mutually beneficial programs.

Mr. Alexander C Varkey is one of the Founding Directors and CEO of SCII and has always proactively participated in the day-to-day administration of the company.